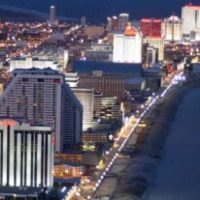 Less than a month after his presidency ended, Donald’s Trump Plaza is set to be demolished in Atlantic City, New Jersey. The building has been vacant since 2014.

The resort is set for demolition on February 17, as the building has been falling apart in recent years. What’s left of the complex has been a grim reminder of Atlantic City’s economic difficulties over the past decade.

Trump Plaza is still positioned on some pricey real estate, located where the Expressway brings tons of traffic into the downtown area. And now, after years of delay, the land is worth more vacant than with the building. The cost of blowing it up is still estimated at $14 million.

It was originally opened in May of 1984. You can read more about Trump Plaza at Casino.org.