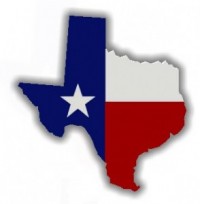 We’ve called Sheldon Adelson a hypocrite for years, and now he’s proving it with his support of Texas online gambling. The Las Vegas Sands boss is thought to be investing in a measure to introduced legalized internet gambling in the state.

According to news outlets in Austin, Texas, Adelson has given $4.5 million to Republican candidates campaigns. And further reports say the move took place after a proposition affecting a constitutional amendment which would permit iGaming in coastal jurisdictions. A previous effort failed earlier this year.

A representative from Port Arthur, Texas (Joe Deshotel) has declared that land based casinos of neighboring states such as Arkansas, New Mexico, Louisiana and Oklahoma are taking current and potential customers away from Texas and his amendment will help ‘preserve Texas cash in Texas’.

You can read more about Sheldon Adelson and Texas online gambling at SiGMA.

Regulation Changes: Impacting the Future of US Horse Racing and Betting

Trump Plaza in Atlantic City to be Blown Up